I just wanted to give a quick update and say, I'm still here! lol I apologize for not posting too much as of lately, let alone, commenting.

After hurricane Matthew came through, we were without power for 3 1/2 almost 4 days!! So I'm trying to play 'catch up' with a number of things, including some design team work! Ack!

As far as the hurricane went, nothing too big for us. We always ride out the storms, regardless of how big they are. I know, I know, you may think that's crazy...though, some things can't always be explained as into why we do. Maybe it's like the northerners when they ride out those blizzards and stuff...I always say, why? And forget that! lol I mean, I don't know snow or any of that, so I'd high tail it out of there! lol So I'm sure people are saying the same thing when we ride out hurricanes...guess it's just one of those things. ;)

We had a lot of down wires and trees. Some roofs were gone/damaged, fences were down, and a bunch of other debris. Honestly things could have been far worse, so I'd say, we were spared. Last I heard before losing power and cell service was the storm was still headed straight for us, which we knew (and I mean straight for us as in, the 'eye' of the storm would have passed over us) at a CAT 4. Well supposedly, after talking to a number of people who had power at the time, they had told us that it upgraded to a CAT 5 and was still coming right for us! Now, that would have been bad and I mean bad...Though, at the last minute it veered towards the ocean, away from us and downgraded to a CAT 3...talk about a close call.

Overall, we made it through it just fine without too much damaged to anything. A lot of clean up and I mean a lot. Though, we and the handful of neighbors that rode out the storm out as well, all had each others back. We worked together to help one another (and others out that did leave) to get things back to somewhat normal. ;)

So much for my 'quick' update! lol Though, you're updated at least! heehee. ;)
I have a couple cards made up, though waiting for some decent light...so soon I should have some things to share! :)

Thanks so much for stopping by!
Enjoy your day!

Shelly
Hello, hello! So happy you stopped by...I love to get my hands on paper and stamps! I hope you enjoy my blog and the things I share with you. 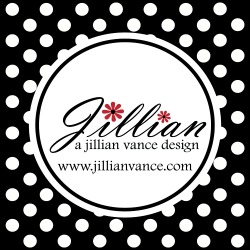